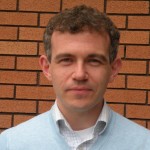 David J. Butler, an historical geographer by training, is a graduate of The National University of Ireland – University College Cork (UCC) in history and geography (BA: 1997); he pursued his doctoral studies at the department of Geography, UCC, culminating in 2003 with the award of PhD (N.U.I.), before going on to complete the NUI Higher Diploma in GIS.

Butler’s doctoral thesis was published as South Tipperary, 1570-1841: Religion, Land & Rivalry (Dublin, 2005: hardback, reissued Dublin, 2007: paperback); the author of over thirty research papers, he has presented research findings at more than forty national and international conferences, across Europe (Ireland, Britain, Norway, Sweden, Finland and Germany) and America, in recognition of which, he was elected a Fellow of the Royal Historical Society [FRHistS], in 2006. An interdisciplinarian, his research interests encompass the study of the political, cultural, historical and religious geography of Ireland since the Reformation; the Irish Diaspora, the history of family, and patterns of migration from the European continent to Britain and Ireland and onward to former colonies of the British Empire. Majority-minority studies hold particular interest for him, as does the use of historical GIS (geographical information systems) to demonstrate change over time.

The serving chair of the Geography of Religions and Belief Systems Speciality Group (GORABS) of the Association of American Geographers (AAG) – having previous served as secretary (2009-11) and board member (2007-09) – Butler was, in 2006, elected a Fellow of the Royal Geographical Society [FRGS] and, in 2010, was elected founding secretary of their Geography of Religions, Faith and Spirituality Group, in association with the Institute of British Geographers. A committed researcher of the history of family, he has, since 2000, served as a board member of The Butler Society, and was, in 2006, appointed editor of Journal of the Butler Society. He has published on family history in a range of periodicals, and has been a member of the Irish Genealogical Research Society, since 2003. The study of history of family, essentially, the study of the path of human’s interaction with their environment over time has been his overarching research concern and, in 2004, Butler was elected a Fellow of the Royal Society for the Encouragement of Arts, Manufacture and Commerce [FRSA].

In May 2022, David was made a Fellow of  the Irish Genealogical Research Society, in recognition of his contribution to the Society, in addition to his work undertaken with IARC and the Butler Society.