The UL Certificate course in Genealogy for 2017-18 is now full and closed for new applications.

The Certificate & Diploma courses at UCC are also closed. 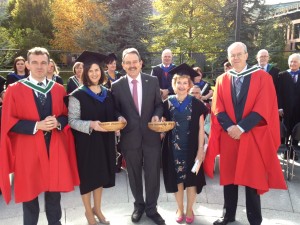 Genealogy courses at the University of Limerick and at University College Cork are now enrolling for the academic year 2016-17. The facility to study the material as an ‘online’ programme  is available for some of the courses.

The enrollment is open until the 10th September 2016. More information on each of the courses is available on this web site. Just click here, www.irisharc.org/education/

IARC had a great day helping dig out IRISH connections for many of those attending the world-wide Pan Am reunion held in Limerick in April 2016. 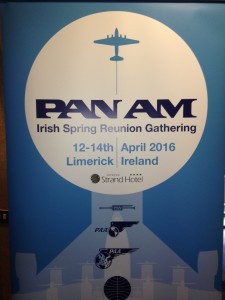 Just under 400 delegates were in Limerick and many of these were keen to find out about their IRISH roots. 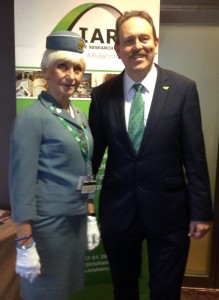 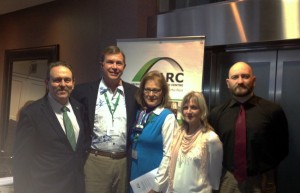 For the first time the historic parish registers held by Christ Church Limerick are being made available online. They contain the names of thousands of people who were members of the Presbyterian and Methodist congregations of Limerick city as well as Kilrush in County Clare and Killarney in County Kerry. Dating from 1813 they document the lives of these non-conformist communities, with details of baptisms, marriages and church attendance. The lengthy and detailed Subscribers lists (Methodist) and Communicants Rolls (Presbyterian) give a snap shot of the community at several dates from 1835 onwards and include details of emigration and occupation. The records are a window into an important part of the Munster community that tends to be over looked because of their smaller numbers.

While never numerically large, in the past there were many more “dissenters”, as they were known, than today. These were people who professed a different protestant Christian faith to the Established church (Church of Ireland). In 1861 they made up nearly 2% of the population of Limerick city. Christ church was established in 1813 to service the Methodists on Limerick city, and 40 years ago they united with the city’s Presbyterian congregation. As a consequence Christ Church houses the records of both denominations. But they have also collected more, including the Methodist mission in Kilrush, Co. Clare (1847 to 1901) and the Presbyterian congregation in Killarney, Co. Kerry (1879-1907).

The project to digitise and publish the records was initiated by John King, CEO of the Irish Ancestry Research Centre (IARC), working in partnership with Eneclann and Findmypast. Eneclann digitally imaged all the records at high resolution preservation standard. This work was done for free and donated to Christ Church so they could retain ownership of their own records, both original and virtual. Findmypast transcribed all the records and, with the images, published them online for all researchers to use. The records are available at findmypast.ie.

It is hoped that more churches and denominations see this exercise as an example of how they can facilitate access to their historic records as well as undertaking the important task of creating high quality copies, working in partnership with IARC, Eneclann and Findmypast. 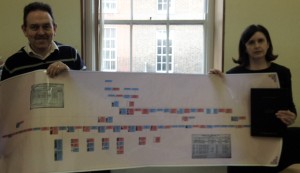 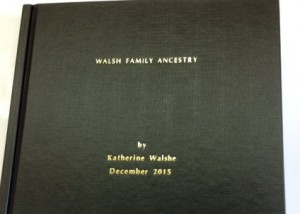 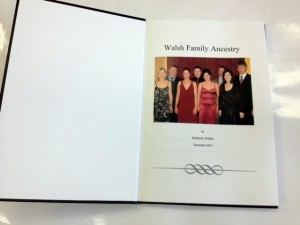 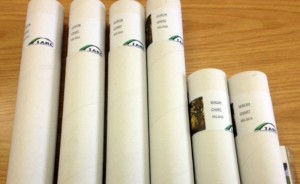 The Diploma in Genealogy was conferred on 23 students in University College Cork on Thursday 15th Oct 2015. The pictures below are of the prize winners from the two year genealogy diploma course. They are Overall first place Richard McNamara; second place John Crowley; joint third place Siobhan Grace and Maura Kiely; most improved student Patrick Kennedy; and best dissertation Amanda Crowley. Congratulations to he prizewinners and to all the diploma graduates on the day – well done. With the students are Dr David Butler, Education Director at IARC & course leader, Dr Paul McCotter, Diploma course tutor and advisor, and Mr John King, CEO of IARC. 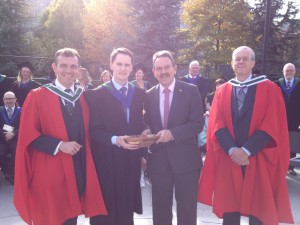 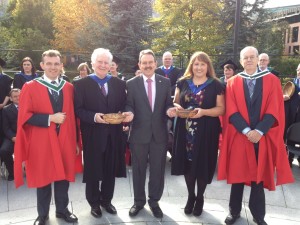 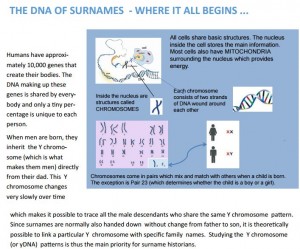 Limerick, Ireland, Dr Cathy Swift will give a lecture on historical Limerick surnames and new DNA techniques. Opportunity to win a DNA test! Its a free event, part of National Heritage week. 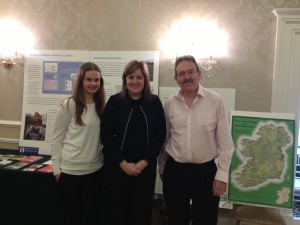 Adare, Limerick, 21st and 22nd Aug 2015, IARC were event partners in very successful genealogy conference. The Genealogy Event directed by Bridget Bray covered a range of traditional genealogy topics with most of the Saturday dedicated to DNA and its developing role in genealogy.

All of our genealogy courses are now enrolling for 2015-16. 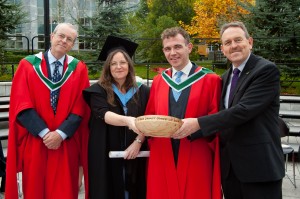 Just jump across to our education pages for more information.

IARC held an ‘Introduction to Genealogy’ session at its offices at 58 O’Connell Street, Limerick, Ireland as part of the week long festival of learning in Limerick. The name of the week long learning festival was Limerick Life Long Learning Festival 2015 (see more at – www.limerick.ie/lovelearning). 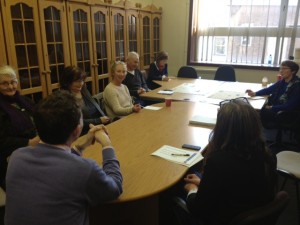 Session in Progress at IARC offices.